Photo collages are super popular. Especially when the topic is frames, it seems like the more pics you can fit, the better. I guess a lot of people consider just one photo in a frame a waste! 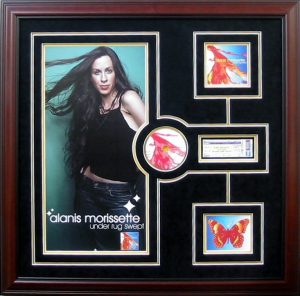 Alanis Morissette was the jam in the nineties. Jagged Little Pill sold countless copies. In addition, her song “Ironic” features situations that technically aren’t ironic. I love the colors in this frame. Alanis definitely rocked that photo shoot. She’s got sass dripping from her. 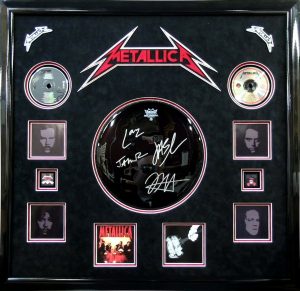 Metallica songs grow on you like a fine wine. Their classic “Nothing Else Matters” is the rock and roll anthem, I am convinced. The cut outs in the mat are perfect in the frame. The collage circulates around a autographed REMO drum head. 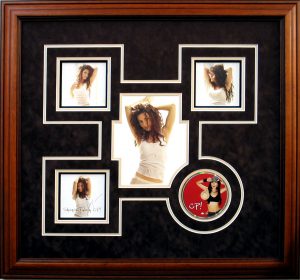 It’s impossible to hate Shania Twain. The country star shocked us all with her Canadian heritage. But, the woman’s got some pipes. You keep doing you, Shania. I love how this frame accentuates her auburn mane. Photo collages were never so glamorous. 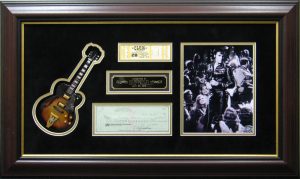 Ladies and gentlemen, the King. The frame features a miniature guitar which adds a cool feature to the collage. The check is signed by Elvis Presley. If you zoom in, it’s made out to a Sonny West for $2,000. Back in those days that was about a million. Only kidding. But seriously, this collage is classy and interesting. In the photo, you can see the effect Elvis had on the ladies. Their smiles reach from ear to ear. 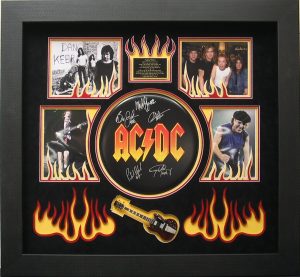 Another autographed drumhead, this time featuring AC/DC. I had to include this photo because of the frames. That takes some serious skill. 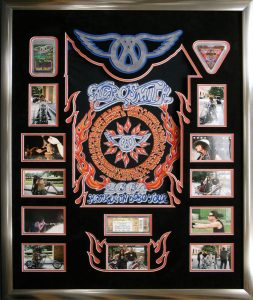 One of my favorites. In the center there’s an Aerosmith t-shirt. The bluish and orange colors pop against the black suede matting. A lighter and a guitar pic are at the top, followed by photos and a concert ticket. Rad. 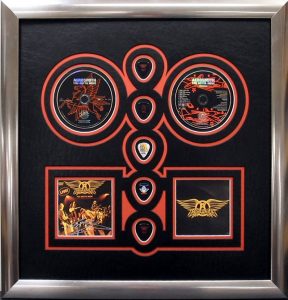 Look how clean this is! And that design is super creative. I lied when I said the above collage was my favorite. It has been replaced. Guitar pics form a line down the center. Compact disks (CD’s) with their respective jackets complete the collage. Steven Tyler is a man after my own heart. 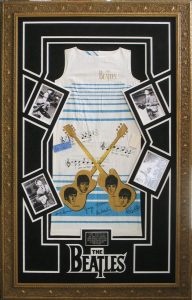 The Beatles are arguably the most popular musicians ever. I don’t think I need to explain the awesomeness of this photo collage. 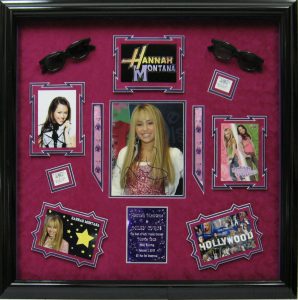 A Hannah Montana shadow box. I admit I was grown by the time she was popular. With that said, this photo collage looks perfect for a girl’s room. The black glasses add a nice touch. 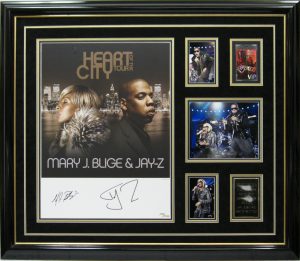 Two staples in the music scene. Mary J Blige is loved by many. As a matter of fact, so is Jay-Z. Win-win for this photo collage. 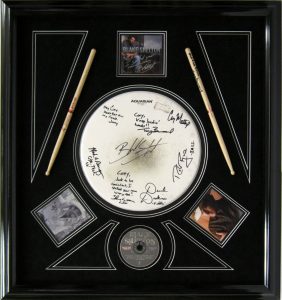 A recent celebrity, Blake Shelton is a household name. I love the drum sticks that frame the piece. 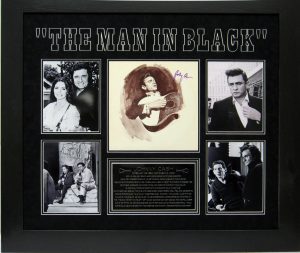 There’s a hole in my hear that Johnny Cash filled. I have a serious soft spot for the deceased performer. He had, what they call, the trifecta. What is the trifecta, you ask? Dancing, singing, and acting. I’ll always remember him for his cover of Nine Inch Nails’ “hurt.” Ring of Fire wasn’t bad, either. Rest in Peace, Man in Black. 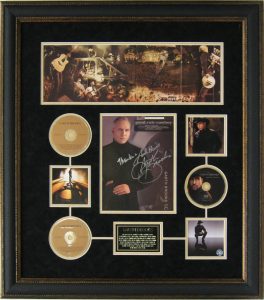 Don’t tell me “The Dance” left you dry eyed. 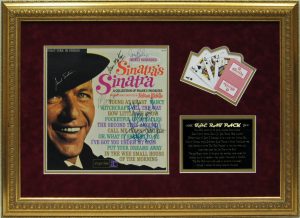 Frank Sinatra will never die. Take a look at maroon suede, surrounded by a golden frame. The playing cards at the top making this piece special.

Ok, I’ve realized I need a separate blog entry for the rest. They’re too good not to include.